“Warism — taking war for granted as morally acceptable,
even morally required — is the primary obstacle to peace.”

What’s On My Mind?

It took me five hours and 130 pages to get into this demanding work of historical fiction, but it is both rewarding and insightful. James explores political and cultural events in Jamaica from Dec. 2, 1976 through March 22, 1991 (plus background from the successful 1959 Cuban revolution and the failed ‘Bay of Pigs’ invasion, the US effort to topple Castro, US and USSR covert tampering with elected governments in Chile, Nicaragua, Argentina, and more in the ’60s), set in Cold War Latin America, complete with the CIA, Cuban agents, rival Jamaican gangs, political upheaval, the People’s National Party led by socialist Michael Manley, the rival Jamaican Labor Party struggle, the rise –and perceived threat– of Bob Marley as more than an entertainer, Marley’s two “peace concerts” aiming at Jamaican unity (including the attempts to murder Marley prior to the first concert), and the sweeping wreckage among ordinary people caught in the crossfire of international economic and political forces.

James presents these events through the words and actions of his 75+ characters, each telling their own story, be it in official British English, the Patois of ordinary Jamaicans, various dialects of ghetto slang, US government jargon, or US pop media gloss. And he moves between these polyphonic linguistic expressions seamlessly, making readers insiders to the sounds, smells, fears, and hopes of those in the struggle.

This is the most compelling read I have had in years. I rank “A Brief History of Seven Killings” alongside W. E. B. DuBois’ “The Souls of Black Folk,” Ralph Ellison’s “Invisible Man,” and Toni Morrison’s “Beloved.” Reading “A Brief History of Seven Killings” is a complex and difficult undertaking, but, then, as Spinoza put it, “all beautiful things are as difficult as they are rare.”

Eyes on a Different Prize?

Among the most engaging and disturbing articles I’ve read lately is “The Anger of Ta-Nehisi Coates” in the February 11, 2016 issue of The New York Review of Books. Darryl Pinckney, novelist and longtime contributor to the NYRB, reviews Between the World and Me, by Ta-Nehisi Coates, and compares his work to that of Langston Hughes, Richard Wright, Ralph Ellison, and James Baldwin, mentioning W.E.B. DuBois, Malcolm X, and Martin Luther King, Jr. along the way.

Pinckney offers a disturbing analysis of the black struggle in the US as dualistic, expressing “opposing visions of the social destiny of black people. Up, down, all or nothing, in or out, acceptance or repudiation.”(p. 28) Sadly, Coates, reflecting on his father’s “prodding sense that he was seen as less,” seems to be landing on the side of expecting little, certainly not expecting the transformation in race relations that was the prize eyed by SCLC, SNCC, and the ‘60s civil rights legislation, namely, to be judged not on skin color but on character. To Coates father, Gandhi was absurd because “America was not a victim of great rot but the rot itself.”(p. 29) So much for nonviolent social change in the US.

Coates was born in 1975 and grew up forced to study works of black history. But it was rap music that moved him to consciousness at twelve. He tried writing rap and found himself. What mattered to Coates in high school: “girls, clothes, the mall, territory, styling, fights, gangs, homies, reputation, staying alive in West Baltimore, and the music. Black male adolescence had its soundtrack.”(p. 29) When he got in trouble in school, his dad came to school and knocked him down. Better than leaving it to the police, his dad told his mom.

Coates says he hadn’t noticed how different his family was. He was surrounded by fatherless friends, many getting locked up, shot, or on crack. He admits being haunted by his father’s generation. He knows his son is growing up in a different world, yet “there is no difference between him and Trayvon Martin as a youth at risk because he is black in America. His body is not his own; it is not secure. He can be destroyed by American society and no one will be held responsible.” (p.30)

Coates is convinced that progress for whites was at the expense of blacks. With DuBois he sees race as “the child of racism, not its father.” Noting that the Irish were once socially black in America –that is, at the bottom – becoming “white” changed class conflict for them. Anyone allowed to join “white” people could conveniently forget the slavery system on which the country was founded, with its suffering, theft, and death. The American Dream rests on centuries of rule by fear, black families not included in government by the people.

Coates imagined the American Dream to be “out there” in suburbia with its “unworried boys” and somehow connected to his fear. And Coates tells us those who believe in the American Dream must believe that it is just, and that those who achieve it do so as “the natural result of grit, honor, and good works…and must “look away from the horror of our prison system, from police forces transformed into armies, from the long war against the black body, not forged overnight.”(p 30) Coates wants his son’s life to be different from his, wants him to live without the fear Coates has known, but is hurt by his son’s reaction to the news that no charges will be brought against Michael Brown’s killer in Furgeson.

Yes, race is a social construction; still the damage of racism runs deep. Critics of Between the World and Me have said that Coates offers no hope, that he is resigned to history. While Baldwin calls on free people to celebrate the constancy of birth, struggle, death, and love, Coates seems to see all of us at the mercy of historical forces unable to shape the future. And now American Dreamers are exploiting “not just the bodies of humans but the body of the Earth itself.”(p. 30)

Is it too late to expect a better future? Is social hope foolishness? Is escape the best we can do, escape into resignation, our writing, the internet, or cynicism? I suppose if we expect the worst we’ll not be disappointed. Still, I’m grateful for Hughes, Wright, Ellison, Baldwin, Gandhi, Malcolm X, King, and Coates. Shining a light on racism gives me a glimmer of hope even if Coates finds none, but that may only reflect my “race” privilege. 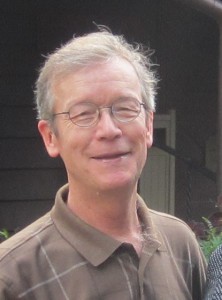 I’m glad to have you visiting my website. It is straightforward. Under “What’s on My Mind?” you’ll find a short reflective piece that will change every month or so. Under “Philosophy” you’ll find my C.V. (curriculum vitae), a comprehensive list of my education, professional experience, and publications. “Social Justice” gives you an idea of my activities and interests both professionally and personally, “Teaching” briefly explains my approach, “Music” includes the ensembles and bands I participate with, and “Signs of the Times” offers a glimpse into cultural peculiarities I encounter. “Family,” “Travel,” and “Photos” are self-explanatory.

I taught philosophy full-time from 1971 to 2011, when I was promoted to permanent sabbatical. I continue teaching one course each fall but now have more time for reading, writing, music, travel, giving talks, and volunteering.

You may reach me via email: dcady@hamiline.edu